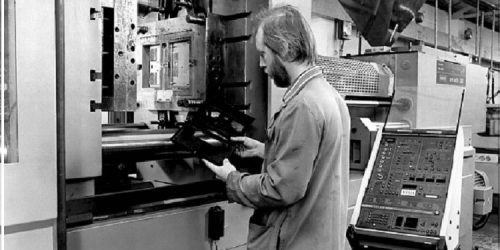 Without advanced and extensive manufacturing methods and tools, new-age technological devices and medical innovations wouldn’t exist within the pharmaceutical engineering industry. But how did we get here? For Europlaz, it all started in the 1960’s.

The ‘60s was a time of great optimism, creativity and innovation. Concealed in the back streets of Kings Cross, three men set to work to form CSB Moulds, a precision toolmaking company that would support the innovations coming out of the pharmaceutical industry.

The business boomed. CSB Moulds produced 53 million Actuators every year using cutting edge tooling. Operations were 24/7 and the likes of GSK, Fisons and AstraZeneca were supported in the quest to make a meaningful difference.

However, in the ‘90s, the company needed new investment and impetus and Eddie O’Keeffe, now Chairman, came along at the right moment and saw the potential of the business.

Eddie O’Keeffe acquired CSB Moulds in 1996 and renamed it Europlaz Technologies. The path was clear. Europlaz would become a leading medical device and drug delivery device manufacturer in the UK. Success would be steady, clients unique and the need for a consistent supply of quality products – universal.

By 2007, Europlaz was tackling quality issues which emerged from overseas manufacturers. Europlaz formed a new partnership with Mobilis Healthcare to move the manufacturing of critical devices from China to the UK to resolve significant quality and supply issues that led to sales plummeting. The shift was a success and new business opportunities were growing for Europlaz.

Every Project is different, but the Mission stays the same

Over the next five years, Europlaz supported Research Instruments with the design and manufacture of a device for use in IVF treatment, Sky Medical (Firstkind) with a device for preventing DVT, Quanta Fluid Solutions with a home care Haemodialysis system and SLE with Flow Sensors for Neonatal Ventilation.

Every project was different, but the mission stayed the same. Europlaz delivered a consistent supply of quality products and professional advice to its diverse client base.

A bigger client base needed bigger and better facilities. In 2015, Europlaz acquired units 10, 11 & 12, adding 30,000sq ft. of warehousing and office space to its footprint. In 2017, it was time for another major project. Cleanrooms 5 and 6 were installed, alongside new meetings room and a large open plan office. Europlaz invested over £1million in expansion and renovation projects over the course of three years.

All cleanroom manufacturing facilities are certified to ISO 14644-1 Class 7 and specifically designed for processing class I and class II medical devices. This design ensures first class standards are met and quality is controlled.

Fast-forward to the present day and Europlaz has been working on producing three different COVID-19 products with clients to contribute to the fight against COVID-19.

Europlaz moved fast to support Testing for All – the initiative developed to provide UK workers with affordable and accessible Coronavirus testing that can reveal results within a few days. Europlaz assembled the test kits for Testing for All in its Class 7 Cleanroom, using its in-depth understanding of quality and regulatory control of medical device manufacturing.

In March, Europlaz collaborated with Edinburgh Genetics to manufacture antibody test kits designed as a simple to use, finger prick test. Europlaz also supported Edinburgh Genetics with the donation of over 500 test kits to Autism Anglia to help autistic people and their families navigate this trying time.

Europlaz continued its partnership with Quanta Dialysis Technologies that formed nearly a decade ago, to support the company with the launch of a new dialysis technology – vital for more than a quarter of COVID-19 patients on ventilators who require renal support in this form.

Looking to the Future

Europlaz has come a long way since 1996 and is proud to be a trusted partner in the global medical market. Success has been steady, clients unique and the need for a consistent supply of quality products – universal. Looking to the future, Europlaz will continue to operate as one of the leading medical device manufactures and drug delivery devices in the UK. 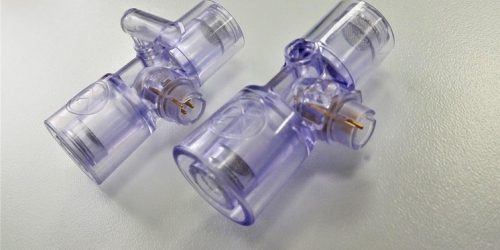 We are delighted to announce the receipt of a patent for our neonatal Flow Sensor with a side-port from...

To support ambitious growth plans, Europlaz Technologies a leading UK manufacturer of medical devices, has announced the appointment of... 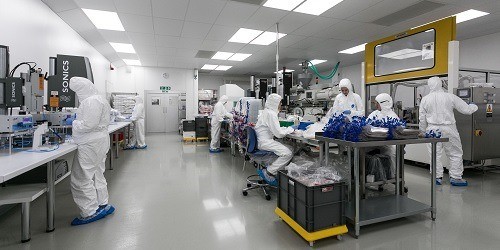 There are several elements to mass production, especially with medical devices, which can be challenging to overcome without previous...